Over the weekend, the conversation at the Liquor & Rubber Balls Sports Bar and Auto Supply (LRB’s) is all about owning guns, the Supreme Court, and Florida’s new Take Your Gun to the Day Care Center law that starts today (July 1).

I don’t own a gun. I want one, but when it comes to working tools and equipment with my hands, I am the least competent human being this side of Edward Scissorshands. Add to that my years of near-blindness and eye problems, a gun would be an accident begging to happen. The only reason I

haven’t lost any fingers or toes, zapped myself to black ash, flooded the house, created a gas explosion, knocked down a wall, etc., is I avoid the tools needed to do any of these things. Too many close calls. Remind me to tell you about the circular saw, the aluminum ladder, and the house current I sent through my body.

But it’s all different now. Now it’s the law. Citizens MUST own a gun.

“What law are YOU reading?” asks Tequila Sunrise, on my right. It’s her third. In 20 minutes. She’s a big girl.

The 2nd Amendment, as interpreted by the Supreme Court. I see where this is going. Only a matter of time before the right to bear arms becomes a duty, enforceable by law.

“A trifle paranoid, are we?” asks Blue Martini, her hand in the back pocket of TR’s jeans.

Not at all. What’s happening here is the result of years of excellent business planning by the NRA and their allies. The NRA is the lobbying arm of the ordinance industry. They have tremendous political clout, a ton of cash, and an almost religious zeal for weaponry. Meanwhile, the industry makes a fortune, tells them they’re true patriots or some such shit, and here we go.

“He’s exactly right,” chimes in Bass on Draft. “It’s all about money. The ones pushing this, the hunters, the guides, the sportsmen as well as the industry and the retail stores, they make a killing. Pardon the expression.” She chugs her beer, signals for another. “Next step is, everybody has to have one, but the idiot liberals will insist that you gotta have a safety certificate or something, and then all these NRA-certified instructors and schools will start springing up. More money! What a freakin racket.”

“Think you could point it at somebody and pull the trigger?”

BoD chews her lip thoughtfully. “Don’t know about strangers or criminals,” she says, slowly. “But family? No problem.”

BM spits her drink across the bar and starts choking. Glad it isn’t milk.

“When you’re ready to buy one, let me know,” says Jack & Coke, joining us. “I’ve been waiting for this week every since they passed the gun-in-the-parking lot law.”

This bodes ill. J&C is a postal worker.

“I got a Super on my ass since the beginning of the year,” she confides. “Walked off the job twice so far and grieved her through the union. I’ll just subtly let her ass know I’m packing, so next time I walk out she’ll wonder what I’m comin’ back with. Bitch.” 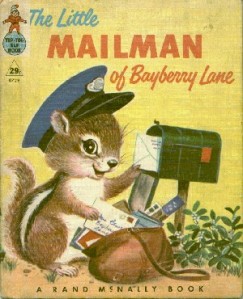 “Girl, you better think this through,” cautions BM, who has recovered her breathing as well as a fresh drink. “The point of the law isn’t to give you something to threaten your boss or co-workers. It’s…”

“The point of the law is to make it even,” states J&C. “I’ll be tryin’ ’em out at Bass Pro this weekend.” She gives me a big smile. “Maybe you and Guido wanna join me?”

Thanks. I’ll ask her when I get home.

Yeah, If I get home. I shoot my bump and head for the door, where Don Tequila, playing bouncer tonight, perches majestically on a wooden stool. I ask him if he has a gun in his car. He knows where I’m going with this.

“I don’t leave anything in the car I don’t want stolen,” he tells me. “You watch how many goddam guns find their way into the street once people start loading up. Which they will, cause they do already.” He grunts, and I catch him instinctively touch the small of his back where his holster rests.

“You aren’t planning on gettin’ one, are you?” he asks.

You know me, Don. I don’t do anything Guido doesn’t want me to do. She’s Italian, remember? A redheaded Eye-tie. She knows where I sleep and I’m fond of my nuts.

DT looks right through to the back of my head. “You lying sack of shit,” he grins. “Make sure you learn how to clean it. And find more than one hiding place.”

I’m out, heading for home. Guns, buns. Hey, just doing my Fourth of July duty, as commanded by the Supreme Court.

This entry was posted in News From the Nation's Dicktip, The Adventures of Don Tequila. Bookmark the permalink.

8 Responses to Bite The Bullet