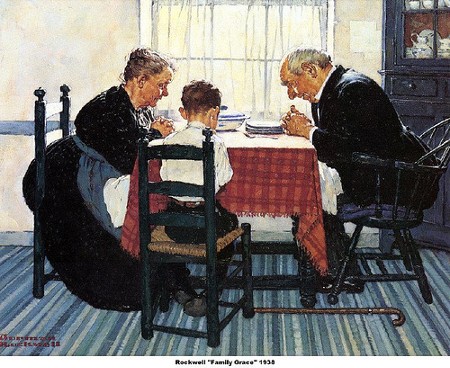 From the Sunday papers, here’s a pair of heart-warming stories about families and family values, those bedrock intuitive principles that political and cultural leaders advocate for us unenlightened citizen sinners.

The Wacko from Waco

Houston, TX    The mother of infamous Branch Davidian sect leader David Koresh has been stabbed to death, and Koresh’s aunt was in custody on a murder charge Saturday.

Bonnie Clark Halderman, 60, was found Friday afternoon at the home of her sister, Beverly Clark, in a rural area near Chandler, Henderson County Sheriff Ray Nutt said. Chandler is about 175 miles (282 kilometers) north of Houston.  Halderman wrote a 2007 autobiography, “Memories of the Branch Davidians: The Autobiography of David Koresh’s Mother,” that described how her son, Vernon Howell, became David Koresh, leader of the Branch Davidian cult.

“It’s still under investigation, and we really don’t know what the motive was or what caused this to happen,” Nutt said Saturday.  MSNBC

Maybe she was training for that new sport, Extreme Lit Crit.  Or maybe complete wackiness (complete with violent tendencies) runs in the family bloodlines.  Or maybe she wants her own book contract and 15 minutes of fame.  Fine.  At least this time no innocent kids were broiled  alive, and we don’t need to endure another look at or performance by Attorney General Jack Reno

Dad, The Keyboard is Sticky

According to the Collier County Sheriff’s Office, last month Easterly asked his son to fix his computer. The son found the images that appeared to be child pornography and reported it to the sheriff’s office. Deputies searched his home and took his computer. Forensics revealed 10 pictures of children between the ages of 10 and 17 in various sexual acts. —  WINKnews.com

No, I didn’t invent the “Wink News” name.

I can’t find a whole lot more about this story, so I don’t know how it unfolds.  But I find troubling the fact that the kid, who obviously enjoyed the trust of his father, calls the cops. Is this his first move and best instinct?

But that noted, doesn’t the son have some sense of loyalty, concern, and even love for his father that dictates handling this privately before dropping a dime?  “WTF, Dad?  You need to delete this crap now and find help tomorrow morning!  You KNOW this shit gets people into trouble — DO something!  Save yourself and the ones like me who love you!”

Oh, what the hell.  Maybe he should’ve just stabbed the old pervert like Auntie Koresh.  That’s what families are for.

This entry was posted in News From the Nation's Dicktip, NIMBY. Bookmark the permalink.