Wow.  Quite a week.  And according to my hourglass, it ain’t over.

The highlight for me: my 126 year-old Phillies franchise evolved into their best incarnation ever.  Seems like only yesterday I was watching their very first game in an open field in Fairmount Park.  They lost.   But this week, the city and Phillyfan responded as only the City of Bodily Harm could:

The number of fans out Wednesday night has been nearly matched by the number of officers on patrol downtown after the Phillies’ 10-4 victory over the Los Angeles Dodgers. A dozen mounted police and dozens of officers in riot gear lined Broad Street downtown, and cross-street traffic has been closed on Broad Street. 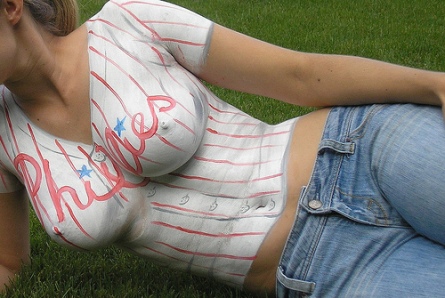 In South Philly, home to the ballpark and the birthplace of the cheese steak, there was no trouble obtaining ample supplies of grease.

7 Responses to Four More For History