Genetic material from the Asian carp, a voracious invasive species long feared to be nearing the Great Lakes, has been identified for the first time at a harbor within Lake Michigan, near the Illinois-Indiana border, ecologists and federal officials said Tuesday.

Experts said the most recent findings…could mean that the carp has found its way beyond an elaborate barrier system built at the cost of millions of dollars to prevent the fish’s access to the Great Lakes and its delicate ecosystem, where it has no natural competitors and would threaten the life of native fish populations.

“It’s a big admission of failure,” said Henry Henderson, the director of the Midwest program at the Natural Resources Defense Council. “It indicates the kind of thing we’ve been fearing since 1993.”  —NYTimes

This story has been big news in places nowhere near south Florida, unless you’re a fisherman.  But you’re not (and neither am I).  It is nonetheless a dire matter for anybody who cares about the environment.  Like us rare registered Greens who you blame Monkey Boy’s 2000 election victory here in the nation’s dick tip. 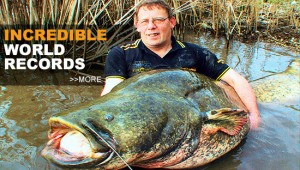 The Asian Carp is this monstrous invasive species that can do to the Great Lakes’ ecosystem what pythons and iguanas can do to the Everglades and south Florida.  Without natural predators, they can eat everything in sight without being eaten.  In the natural world, that spells disaster.  Look at what man did in Detroit, Newark, and Youngstown, for example, once the cannibals were exterminated.

But the bigger tale is contained in the unfolding history of the impending disaster, and that, in summary, is that these penny-brained overgrown minnows managed to outsmart human beings, despite millions of dollars shelled out over almost 20 years in an effort to stop them.  God, we’re stupid.

It’s the story of how short-sighted economic considerations trumped long-term solutions.  Authorities resisted measures that might have stopped the invaders because shipping and fishing interests  yowled about potential loss income, not focusing on the eventual disaster such policies might yield.

Sound familiar?  It should.  You find the same theme (different players) in debates over tuna and redfish stocks, oysters, and caviar.  It’s the reason we still strip mine for coal.  It’s why you find such resistance to controls over poisonous emissions – no, not my farts, that was earlier in the week —  and acceptance of global warming.  Somebody’s gonna lose money, so shaddup tree huggers, and screw the earth.

Ah well.  Maybe the anglers up there have  a new game fish to pursue.  Forget about tossing them back, too.  It’s catch and filet.