This was a charming story for Valentine’s Day,

BLANTYRE, Malawi — Tiwonge Chimbalang and Steven Monjeza….celebrated their engagement — their chinkhoswe, in the Chichewa language — with a party at a lodge here in Malawi’s commercial capital. It began cheerfully enough. But later, gawkers pushed their way inside, some shou 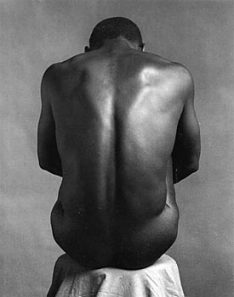 ting taunts, others just staring through despising eyes. Then the electricity failed. The band stopped playing, and the bride collapsed in tears.

Someone had tipped off a newspaper, The Nation, for this betrothal was extraordinary in a conservative African nation. The resulting front-page story began with the phrase “gay lovebirds,” adding that the chinkhoswe was “the first recorded public activity for homosexuals in the country.” Readers were reminded that homosexuality carried a sentence of 5 to 14 years in prison.  Two days later the couple was arrested on charges of unnatural acts and gross indecency, and they have been in jail since, denied bail ostensibly to keep them safe.

Of late, anti-homosexual sentiment has been intensifying in several African nations. A law proposed in Uganda would order a life sentence — and even death — for homosexuals. In Gambia, the president demanded that gay people leave the country, threatening them with beheading. The Senegalese penal code calls for one to five years in prison for homosexual behavior.

It gets worse, but let’s pause for a moment.  Does anybody else find it striking that this African nation’s official attitude toward homosexuality is similar to the conservative movement’s in this country?  Or is this just my lame attempt at guilt by association?  Yeah, that must be it.  So…

The clergy, especially, has accused foreigners of infecting Malawi with sexual Satanism. The Rev. Zacc Kawalala, the leader of the Word Alive Ministry and a member of the national human rights commission, said: “The West has its gay agenda. It wants to look at Africa and say, ‘If you don’t accept homosexuality, you are primitive.’ But we’re not as wicked as the West.”

Yes, the clergy.  We have them here, too.  You find them on teevee, warning their nationwide audiences against the “homuh-sesh-you-all A-genda.”   They clearly stand shoulder-to-shoulder (not in Sen. Larry Craig’s “wide stance”) with their African brethren.  What a coincidence.

On Jan. 30, the police arrested a man — Peter Sawali — for pasting up posters saying “Gay Rights Are Human Rights.”  He now faces up to four years in prison if convicted of conduct likely to disturb the peace. “You wouldn’t allow a poster that says ‘Let’s Rape the Women,’ would you?” asked a regional police spokesman, Davie Chingwalu.

Good point, Davie.  Now that you mention it, sex and marriage between consenting gay adults is exactly like rape.

Anyway, the scene now shifts to the nation’s judicial system:

Three days [after their arrest], Mr. Chimbalanga arrived in court noticeably ill. His lawyers said he had contracted malaria in the hideously overcrowded jail, though the defendant later blamed guards for trying to beat him into a confession.  As Mr. Chimbalanga fell to the floor and began to vomit, spectators mocked him. “Auntie Tiwo is pregnant,” some called out. Mr. Chimbalanga was led away, only to return with a mop and pail to clean up the mess.  The trial has since been suspended, first to allow Mr. Chimbalanga to recover and now because of a labor strike within the judiciary.

Great fun, yes?  “Auntie Tiwo is pregnant.”  Sign that guy up for the comedy improve.

You don’t often get 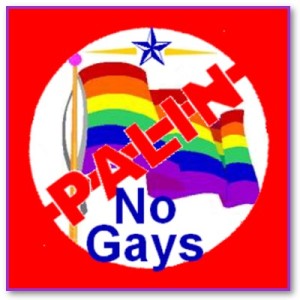 such a bounteous admixture of ignorance, loathing, prejudice, and cruelty expressed simultaneously by both officials and the hoi polloi.  I’m reminded of that uniquely Southern sport of lynching in the late 19th and early 20th centuries, where raging mobs accompanied law enforcement agents to escort Black people to the hangin’ tree.   Today, the closest we get to this frontier, self-sufficient spirit is tame talk about populism at tea parties.  * sigh *

But take hope, because as the year drags on, and the conservatives and the tea party crowd both grow  in numbers and splinter into separate interest groups, there will be radical fringes and scapegoats aplenty.  It’s already started.  Witness yesterday’s dust-up by Joe the Plumber.

And now, as if for inspiration to fire up the base, there’s entire African governments and frothing clergymen abusing gay people and accusing outsiders of exporting Satanism.  Sure hope Tea Party Nation is taking notes.  If not writing scripts.