To The Manure Born

Or, watch where you step.

Farmers across the pond have hit on an interesting way of fighting climate change: They’re feeding their cows a “health food” diet of linseed to make them belch and fart less.  And yes, this is the same linseed you see in the natural supplements aisle at health food stores—it’s a digestive aid that promotes good bacteria growth in the stomachs of cows and humans alike, the Telegraph explains.

The seed could reduce the amount of climate-affecting methane cows produce by as much as 40%. It’s “something we take very seriously,” says one dairy farmer. “We work with nature every day and I’m very passionate about the conservation aspect.” Plus, he added, the cows are producing more milk and seem healthier. “They’ve got what we in the industry call ‘shine.’”  — Newser

I gotta figure it makes going to work each morning somewhat more pleasant, too.  Especially if you’re one of the cows. 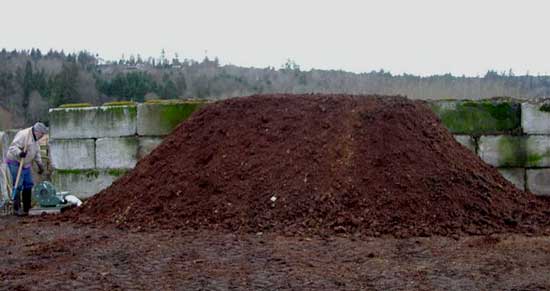 It’s been pretty well documented by now that the world’s livestock produces an astonishing amount of waste material, far more than humans — and that includes Newt Gingrich, Joe Biden, and the combined brayings of Rupert Murdoch’s media empire.  Animals raised for food produce 1.4 billion metric tons of manure, which is 130 times more excrement than the entire human population put together, for a total of 87,000 pounds per second.  This results in a, well, shitload of methane production, although I have it on good authority that most livestock methane results from belches, not farts.  If you care.

These are deep and sticky thoughts, of course, and the next logical step is to contemplate their impact on human existence.  I know in my household, despite our largely plant-based diet, there is absolutely no human methane emitted — thanks to the presence of a large dog and 5 cats, whom I can blame for every gust of scented wind.  (“Dammit Tiqi — did you fart again?!”  * guilty canine face *)  But I can see Guido sneaking linseed into the salad dressing and oil-and-garlic sauces we regularly consume.  I picture this scenario replicated across America, too, wherever men and women of talent and stamina proudly eructate tears from each other’s eyes, paint off the walls, and birds from the sky.

So we salute these forward-looking British dairy farmers and their “glowing” herds.  There are more than enough deadly and unpleasant pollutants already — not even counting Japanese radiation — and anything anybody can do to reduce the amount of shit in the world is to be acknowledged and thanked.  In fact, I’m inspired to stop blogging.  At least for today.

3 Responses to To The Manure Born