He’s Got the Beat

Let’s get hammered at Tyler’s house! 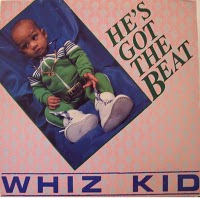 A 17-year-old Florida boy bludgeoned his parents to death with a hammer and then invited dozens of friends via Facebook to a house party while the bodies lay in a bedroom, police say.

Tyler Hadley, a high school dropout from Port St. Lucie, Fla., was arrested on two counts of first-degree murder in the killings of Blake and Mary Jo Hadley.   “It was a merciless killing,” says [Police Captain Don] Kryak.
Hadley then hosted a party in the house attended by as many as 60 people invited over Facebook. The party went from about 9 p.m. until the early hours of Sunday, police say.

“He had the party after the homicides took place,” says Kryak.  The invitation had gone out before the murders, he adds.  — People

Guido and I are reminded on a damn near daily basis how happy we are not to have had kids.   Can’t you tell, just from this brief account, that this young gentleman probably caused his parents a lot of grief — not picking up his shoes and underwear, and forgetting to put the toilet seat back down?

While is not clear what the motive for the alleged killing was, a resident told WSVN News he had heard Hadley’s parents had refused to let the teen have a party….Similarly one of the teens attending the party said to WOKV that the 17-year-old killed his parents because they ‘wouldn’t let him throw a party.’

The teen had dropped out of his high school and the family was being sued for $15,000 after Hadley hit and injured a child while driving a car registered to his father in June 2010, according to court documents. — dailymail

Well, there you are.  The kid was just trying to help out, giving his folks and their legal counsel the airtight “Not Guilty Due to Parenticide” defense.    He was only trying to help out, save the family some money.  I’m sure he’ll be fine after some self-esteem counseling.

Meanwhile, I very carefully reviewed my Facebook account and came across no invitation to this party, which frankly pisses me off.  Then I went to Tyler’s, but his seems to have been blacked out or censored, can you imagine?  No party vids or photos!  This is cruel and uncalled for!  This psychopath was anti-social!  Anti-social media!

Guido’s beyond child nearing age (thank god)  but, when we read stories like this,  we think about adoption.  Anybody have Casey Anthony’s whereabouts?

7 Responses to He’s Got the Beat