Researchers have discovered illustrations of female anatomy in a rock shelter in France that date back 37,000 years. 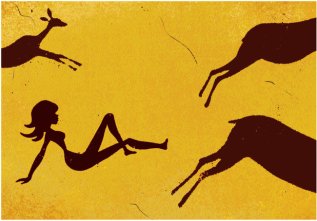 It is “the oldest evidence of any kind of graphic imagery,” said Randall White, an anthropologist at New York University and one of the researchers working on the project.

The drawings include what appear to be images of the female vulva, illustrated by circles with small slits on one side. “You see this again and again and again,” Dr. White said.   There are also very simple images, in profile, of animals, including horses and lionlike big cats, he said.– NYTimes