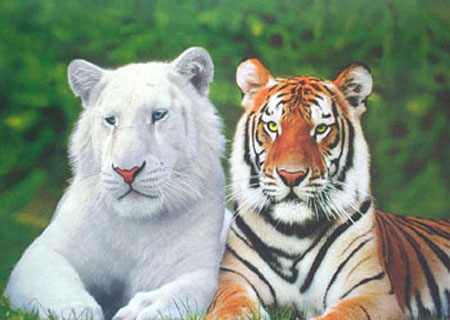 On Tuesday this blog collected 849  hits, about 400 above average.  Just under 500 of those hits came from Germany, and about the same number went to a post I wrote over 4 years ago called “Kill Whitey, copied below.

And here’s my question:  What the hell happened in Germany that led to this?  Did Angela Marcel make as statement unknown to the NY Times?  Did some high school teacher make an assignment that caused hundreds of young German students to Google “Albino Africans,”  leading to my blog?

That second scenario is somewhat sobering, as well as upsetting.  (And I’d rather be upset than sober.)  I don’t write this blog with kids in mind, American, German, or otherwise.  The humor may be adolescent, but the audience shouldn’t be.

Anyway, here’s the post again, which I truly think is a good one.  If anybody from Deutschland would like to chime in with an opinion about it or the reason 500 Germans hit on it, I’d like to hear it.

Over the weekend I found myself at a party listening to one of these earnest, kind, committed types insisting on the sanctity of respecting other cultures and religions. Thanks to the tequila, I couldn’t quite remember the Mencken quote (“We must respect the other fellow’s religion, but only in the sense and to the extent that we respect his theory that his wife is beautiful and his children smart) and besides, the sweet young thing had as scrumptious pair of tits, so I just grinned and concentrated on not drooling while she prattled on.

This post about respecting cultural practices is for her.

Discrimination against albinos is a serious problem throughout sub-Saharan Africa, but recently in Tanzania it has taken a wicked twist: at least 19 albinos, including children, have been killed and mutilated in the past year, victims of what Tanzanian officials say is a growing criminal trade in albino body parts.

Many people in Tanzania — and across Africa, for that matter — believe albinos have magical powers. They stand out, often the lone white face in a black crowd, a result of a genetic condition that impairs normal skin pigmentation and strikes about 1 in 3,000 people here. Tanzanian officials say witch doctors are now marketing albino skin, bones and hair as ingredients in potions that are promised to make people rich. — NY Times

Whoa. Albinos. The other white meat.

Sub-Saharan Africa turns out to be a tough place to go short on skin pigment. Most Albinos can’t go out in the sun for even a minute without crisping up and risking permanent eye damage. With their leathery skin and multiple lesions, an Albino at 20 years old looks 50, and many die of skin cancer and related ailments by the time they’re 30.

And now, adding to their quality of life, they’re being hunted down for their body parts. Turned into magic potients and powders for sale by witch doctors, marketing Albino parts as medicine. E.g.:

She’s Got Legs. Not.

Vumilia was like many other Africans with albinism. She had dropped out of school because of severe near-sightedness, a common problem for albinos, whose eyes develop abnormally and who often have to hold things like books or cell phones two inches away to see them. She could not find a job because no one would hire her. She sold peanuts in the market, making $2 a week while her delicate skin was seared by the sun.

When Vumilia’s mother, Jeme, saw the men with knives, she tried to barricade the door of their hut. But the men overpowered her and burst in. “They cut my daughter quickly,” she said, making hacking motions with her hands.

The men sawed off Vumilia’s legs above the knee and ran away with the stumps. Vumilia died.

You’re Albinoman, minding your own business, waiting for dark so you can venture out for an evening paper. Along comes the hired thug who swings a machete at your face, figuring on making a few bucks by carving out your pink eyes and selling them off to the local Cultural Practitioner. Helluva way to go about your business, yes? Just another day.

But the minority committed to harvesting human Albino parts has an entire catalog of rationale for this practice, steeped in ancient traditions backed up by anecdotal evidence of supernatural intervention. Therefore, while we may not conduct this activity ourselves, we must respect their practice and the culture that nurtures it. I have this on the authority of a girl with scrumptious tits, and I believe her.

As for Albinoman, best he can hope for is some godless international authority, unconcerned with offending cultural sensitivities, to declare him an Endangered Species. At least that way he’d get as much respect as a snail darter.  Maybe.

This entry was posted in Golden Oldies (Deja Vu All Over Again). Bookmark the permalink.

5 Responses to Was Bert Lahr White?