Maybe now is the time to purchase some U-Haul stock. 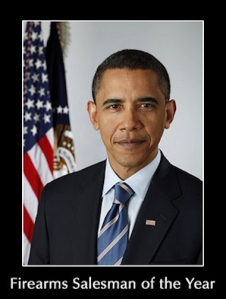 Texas Attorney General Greg Abbott’s has a message for New Yorkers who don’t like their state’s new gun-control measures. Move to Texas.

On Wednesday, New Yorkers in Manhattan and Albany began seeing two web ads, paid for with Abbott campaign funds, and designed to tug on their holster strings. According to The Austin American-Statesman, the text of one ad reads: “Is Gov. Cuomo looking to take your guns? Sick of the media outing law abiding gun owners? Are you a lawful NY gun owner seeking lower taxes?” The second ad reads: “Wanted: Law abiding New York gun owners looking for lower taxes and greater opportunity.”

Abbott’s message reads. “You’ll also get to keep more of what you earn and use some of that extra money to buy more ammo.”  — phantasytour

Round 2 of the Culture Wars, my fellow ‘Mericans.  Texas vs New York.  Barbecue vs Bagels.  Guns vs Guggenheim.

I know some Noo Yawkuhs.  I call my friend Wanda Fishwax and ask for a reaction.

“Wonderful news,” she says.  “Please — pack up your guns and get the hell out. We need the parking spaces.”

So you think people will take this seriously?

“Hell, no.  I wish they would.  And it’s a lovely gesture on the part of that backwoods jackass down there.  Gov Cuomo ought to do what Fidel Castro did in 1960 — empty out all the jails cells and asylums, and give ‘em bus tickets to Houston this time instead of Miami.  In 25 years they’ll be running the city.”

“So is data.  You want some?  A gun in the house is more dangerous to its inhabitants than a pound of anthrax.  More people are killed by their own weapons than they are by armed assailants.  Male gun owners are 44% more likely to experience erectile dysfunction than the general population.   Please, softies:  get the hell out of New York and go to Texas!”

Wanda, you’re making this up.

“The hell I am.  I’ll send you the research.  In my fondest dreams I wish every gun owner in the state would get the hell out.  And then I hope Mississippi or Alabama or Arkansas would make the same offer to Creationists.  Just fucking go.  We’re trying to grow a civilization here.”

You’re giving me material for a great post.  What else?

“Just tell your Texas pals that just about every New Yorker I know is really disappointed that their pussy Governor backed off his promise to secede.  Now we understand why their song is the Yellow Rose of Texas.”

Heh.  To be continued.