Just in time for World Autism Day, this tale from the city of Milwaukee…

ATF agents running an undercover storefront in Milwaukee used a brain-damaged man with a low IQ to set up gun and drug deals, paying him in cigarettes, merchandise and money, according to federal documents obtained by the Journal Sentinel. 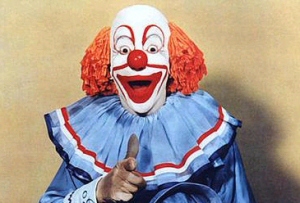 For more than six months, federal agents relied on Chauncey Wright to promote “Fearless Distributing” by handing out fliers as he rode his bike around town recommending the store to friends, family and strangers, according to federal prosecutors and family members.

Wright, unaware that the store was an undercover operation being run by agents with the U.S. Bureau of Alcohol, Tobacco, Firearms and Explosives, also stocked shelves with shoes, clothing, drug paraphernalia and auto parts, according to his family.

Once authorities shut down the operation, they charged the 28-year-old man with federal gun and drug counts. — WSJonline

There are two possibilities here.  One is that the ATF agents simply failed to realize they were dealing with a mentally disabled individual.  Evidently Wright’s IQ registers in the 50s, which, while roughly half that of the average American, is closer to 75% of the average Federal employee.  As one ATF agent expressed it, “Hell — he didn’t seem any different than most of the Field Supers we reported to.  How was we supposed to know?”

The other is that these guys are just so thoroughly incompetent, in part because their very own Federal mandates and guidelines are massive, confusing, and self-contradictory, that they sought out a disabled person to hire in the effort to satisfy a directive to create a diverse workforce.  “Hire the Handicapped” and all that, see.  As for busting him at the end of the process, well, that’s just applying the law without illegal discrimination.

“Hell — in these hard times, especially in Milwaukee, don’t you think a guy with an IQ of 50 would be happy to even have a job?” asked one of the agents.  “So what if we paid him in cigarettes?”

The issue of Wright’s mental capacity is another stain on an investigation marked by repeated failures and foul-ups identified by a Journal Sentinel investigation: ATF guns, including a machine gun, were stolen from an agent’s vehicle; agents lost a ballistic shield; the storefront was burglarized of what agents said was nearly $40,000 in merchandise; agents left behind sensitive documents after they shut down the operation; and at least three of the wrong people were charged.

In addition, agents damaged the building and ran up utility bills, then refused to pay the landlord and warned him against pursuing the matter.

Last week, the Journal Sentinel revealed how the agency failed to capitalize on early leads to find its stolen machine gun, instead keeping its storefront going. The automatic rifle remains unrecovered.

No, this is just plain classic clusterfuck, law enforcement style, your tax dollars at work.  Keep in mind when you hear that the only solution to a bad guy with a gun is a good guy with a gun, these are the good guys.  Feel safer now?

H/t to Kevlar the Kop for this article.

1 Response to ATF (All Time FUBAR)