A Hard Man is Good to Find

An 18-year-old Florida student is set to return to class Wednesday after he says he was suspended when school officials learned of his pornographic online photos and videos….[RM], a senior at Cocoa High School in Cocoa, Florida, told CNN affiliate WKMG that he picked up his X-rated gig to help his mom pay the bills.

A Facebook group created in support of [the student] has a little more than 500 members. Dozens of students were involved in a walkout on Friday, protesting the teen’s suspension.– wptv.com

I guess there weren’t any paper routes available.  But a man still has to eat. 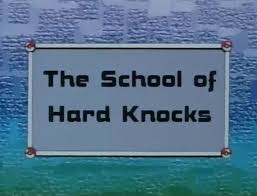 The usual skirmish: the kid says he was suspended because the school administration disapproves of his lifestyle and activities; the school denies that and cites alleged threats he made.  All parties retreat to Cover-Yer-Ass mode (an unfortunate literary term under the circumstances).

This sort of thing never happened when I was in school.  Dammit.  I was never molested by the 30 year old French teacher, either.  Male or female.

Meanwhile, the kid did nothing illegal, did he?  He was helping his mom pay the bills — family values!  Besides, this might be an excellent career move — valuable experience should he decide to continue in the field and run for office in the state of Florida, where fucking people for money also involves screwing innocent citizens, too.

Just for perspective, consider this 18 year old’s conduct as compared to this crew’s record:

Thousands of pages of secret church documents released Tuesday as part of a court settlement provide an unprecedented and gut-wrenching look at how the Archdiocese of Chicago for years failed to protect children from abusive priests.

Anyway, now that he’s back in school, he can plan for the Senior Prom.  Think he’ll have trouble finding a date?

4 Responses to A Hard Man is Good to Find