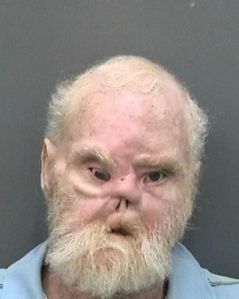 See, the thing about living in Florida is, in the winter we make up for news about bad weather by tales of the antics of a terrific assortment of Floridians.

TAMPA — A man who lives in an apartment that was the scene of a huge fire Sunday night was arrested early Monday morning on a felony arson charge….He set the blaze, according to police, to get back at the management of the apartment complex, whom he felt had treated him unjustly. —tampabay.com

Not a case of what we used to refer to up North as “Jewish Lightning,” where the landlord would hire an arsonist to burn down an unprofitable  property  to collect the insurance.  Back in Philly, the City of Bodily Harm, I personally knew parties on both sides of this enterprise.  “Louie the Torch” made a decent living like this, until one day “Benny” hired him to destroy a Fishtown laundry that blew sky high thanks to the chemicals stored in the back room.  Hey, shit happens.

But the motive here was completely separate:

Seems harmless enough, but I guess it could unnerve certain sensitive souls.  After all, this is the Gunshine state, where it’s okay to set up a firing range in your back yard where you can swill beer and fire away with absolutely no restrictions or concerns for safety, but publically pounding your flounder  is strictly verboten.  And — surprise! — it turns out Mr. Haskins has had his share of fun with firearms as well.

Haskins, who has lived there for more than a decade, suffers from facial disfigurement that is the result of having previously shot himself in the face with a shotgun, according to Tampa police. He has no major criminal history in Florida, according to state records.

Well, not to be shallow about it, just the vision of this deformed dude standing in front of an open door or window is disturbing enough, let alone while seeing him fister his mister.  It can’t be too good for property values or an elegant lifestyle.

Reached for comment, Cahoots Quarterly publisher Cap Hanson told the media while he felt bad for the displaced residents, he was relieved that Florida reality had struck again, rendering his  newspaper’s hilarious anecdotes and outrageous characters plausible.  “It’s hard to keep up,” he said.  “Who the hell could concoct shit this amazing?  Fortunately,  we don’t have to — we just report the news faithfully, accurately, fair, and balanced, and let our millions of readers react.”