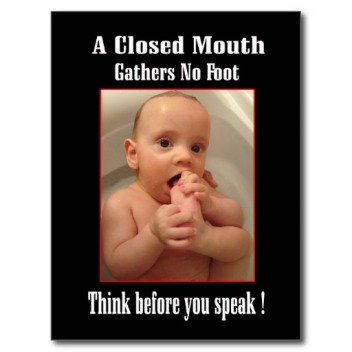 Okay, here’s the Cliff’s Notes version: frustrated by the reluctance exhibited by Miami’s delegation to Tallahassee regarding a tax increase he’d like to see that would benefit his institution, Miami-Dade College President Eduardo Padron made a few disparaging remarks in a meeting with the Miami Hurled.  Calling them “bullies and ideologues,” Padron suggested that Speaker-in-Waiting Jose Oliva might be hostile to funding higher education because he never finished his own degree.

The ‘Pub Hub reacted with Continental outrage and demanded an apology. “The kind of uncivilized discourse that emanated from such a respected community leader is something we all are compelled to condemn,” wrote Eddy Gonzalez, chairman, Miami-Dade County Legislative Delegation, speaking for the entire pack.  “We expect for Dr. Padron to immediately provide a public apology to those elected officials he vilified.”

Which, of course, Padron offered immediately. “The recent articles in The Miami Herald regarding my deepest concerns and frustration over the pressing needs of Miami Dade College included strong words by me that offended our legislators,” Padrón wrote. “I realize that comments I made of a personal nature were not appropriate and I regret they were offensive. That was not my intention. I do not want to argue with our legislators. The future of the College is a heartfelt issue to me.”

Good dog, Eduardo. That’s why bleach comes in a spray-bottle: Even a well-trained poodle piddles the carpet now and then.

As a bottom-feeding Florida college’s top executive, he needs to remember his place and his role, which is to suck public funds from Legislators to pour into his buildings, faculty, and personal pockets. As fundraiser-in-chief, he simply can’t afford to wrinkle his nose at the taste of the ass it’s his sacrosanct job to lick.

Not to say he isn’t exactly right in his assessment. As for the hooting gibbons in the Florida Lege, they more or less revealed themselves as the petty, egocentric self-serving wankers Padron described. Rather than brushing his remarks to the side, they’re using them as a justification to screw the college, the community, and higher education (such as it is in Florida) generally. “What’s sad is that most of our delegation would have voted for the bill,” Gonzalez said. “Now, some of the members won’t be pushing to get the proposal heard [on the House floor] because of the comments that were made.”

How’s that for classic Service Above Self?

“You’d think a savvy guy like Padron wouldn’t bobble the ball like this,” a Legislative Aide told me after I plied him with drinks and promised anonymity. “But these over-educated doofuses tend to lose their grip when the shit gets slippery. They forget that the shitheels we send to Congress or the statehouse lost any sense of public service and integrity years ago; they’re up there for their own egos and financial gain, totally immune to and discussion of community or public service. You want anything out of ‘em, you give ‘em what they want first, and you never ever ever let on that it’s unseemly or beneath you. The good Professor blew it big time. He ain’t the first, won’t be the last.

“Look — it’s a tough gig. Not everybody can sink to the level of an elected official and stay sunk, but that’s what you gotta do. If Padron can’t handle it any more, maybe he needs to go back to teaching undergraduates how to square circles, or whatever the hell they do in class anymore.”

It’s probably not a good idea to point out that four of the legislators have financial ties to the for-profit college industry, and MDC’s difficulties only help their clients. You don’t need an advanced degree to figure out which side your bread is buttered on.

Oh, well. At least they make it easy for rioters to carry guns.