Well, we can’t in good conscience let THIS go, can we?

Stephanie Hird and Sara Zamora entered the pleas during a court appearance Monday in Miami-Dade. Hird, 29, remains out on bond. Zamora, 28, remains behind bars without bond.

The video shows her and other pornographic actresses torturing and killing chickens, rabbits and other animals for the “sexual gratification of its viewers,” according to police….In one clip of “SOS Barn,” police said Zamora is seen groping a man’s genitals with one hand while cutting a chicken’s neck with hedge clippers with her other hand, the Herald reported. She also karate-chopped the necks of several rabbits and admitted to killing them.

All these years later, I’m still astonished at the expansive array of activities that somebody, somewhere, finds sexually stimulating. No, that’s wrong. It’s not “somebody,” it’s entire populations worldwide, sufficient in number to inspire entire industries featuring movies, photos, websites, and for all I know, fan clubs. Chickens and hedge clippers. WWFPD? (What would Frank Perdue Do?) 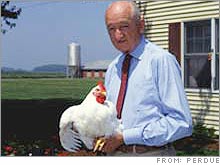 There’s a whole cult that enjoys watching women wearing nothing but smiles and thigh-high boots stomp kittens and puppies to death. This makes garden variety cockfighting and bestiality look almost normal. Plenty of that in Florida, too.

There’s even a name for it: Zoosadism.

On a personal note, I’m certain that I wouldn’t be real comfortable in circumstances where my naked crotch and a hedge clippers were in the hands of the same individual, no matter how many chickens, rabbits, or guinea pigs were involved. I mow the lawn barefoot, not bare-assed, and even then, there’s limited animal life or spectators.

Wow. If I keep this up, I’ll be labeled an uptight humorless conservative bigot with no sense of adventure. Okay.