All You Need is DDT

LOS ANGELES (AP) — A tree planted in Los Angeles to honor former Beatle George Harrison has been killed — by beetles. 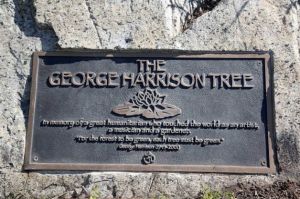 fter Harrison’s 2001 death in Los Angeles, the pine was planted near Griffith Observatory. A small plaque at the base commemorates the guitarist and songwriter, who had a deep appreciation of gardening.

LaBonge says several trees at Griffith Park have been killed by the beetles. — Stamford Advocate

Still a few bugs to work out, I see.