Posted on September 9, 2015 by squathole 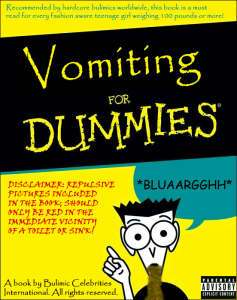 I love raw oysters. So this is distressing:

Oysters appear to be an important link in the transmission of norovirus among humans, according to new research…….Norovirus — better known as “cruise-ship flu,” “stomach flu” or “winter vomiting flu” — is one of the world’s most common causes of gastrointestinal distress.

Catchy nicknames for a condition that can have you writhing and heaving for days, and (it turns out) may be fatal to infants and adults with weak immune systems. It’s also highly infectious, especially in confined areas, sometimes taking down entire rosters of cruise ship passengers.

Curious to learn more about how it’s spread, researchers came up with an ingenious device, doubtlessly inspired by John Belushi:

Scientists at North Carolina State built a “vomiting machine” that showed tiny infectious droplets of vomit can fly through the air to infect other people, just as droplets from a sneeze do.

Delightful. So if I read this right, you don’t even need to eat an infected oyster yourself, just stand close to somebody who has as he yaks chunks.

In closing, remember that oysters are available for consumption year-round now, so you can contract “winter vomiting flu” 12 months a year. Now that’s progress.