When I want a word to describe the lifestyle, vibrancy, culture, and overall experience of living and working in Broward County, the first one to come to mind is “underwhelming.” Despite the astonishing potential created by its fabulous location, mixture of cultures, education level, wealth, environmental blessings, etc., the place is edge-fr 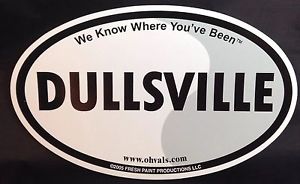 ee and flat as its beaches. It leads the nation in: Nothing. Its residents are bland, its leaders third-rate, and its population largely oblivious.

For proof, open up its largest newspaper, now called the South Florida Sun-Sentinel, and direct your attention to the Opinion page, specifically the embarrassingly South Florida 100 feature that runs each Sunday. “Our panel of 100 influential leaders discusses the most important issues affecting you.” With rare exception, the insights and comments spouted by this den of dullards bore readers to tears, serving up one Blue Platitude Special after another. Witless, dull, non-provocative, corporate drivel.

The paragraph that pushed me over the cliff last Sunday is from Kathy Koch, identified as president of Ambit Advertising and Public Relations, who offered a peon to somebody whom I assume is responsible for a generous chunk of her company’s income:

“Our community owes a huge debt of gratitude to Howard Greenberg, former publisher and CEO of the Sun-Sentinel, who for more than 30 years has deftly led his team to create and maintain a quality newspaper that we depend o to bring us insightful news every day. Tribune Publishing has made a wise decision in naming Howard Salz Publisher and Editor in Chief, to maintain the integrity of the paper and a commitment to the community. As Broward County continues to grow, we need our own daily newspaper with articles written by local reporters to keep us informed and educated.”

Cushlamochree — just read that cliché-ridden screed. A “huge debt of gratitude.” A “quality newspaper.” “Commitment to the community.” “Informed and educated.” This is the flaking grey bilge of Rotary functions, annual corporate meetings, and godspeed-in-retirement speeches. And this from a public relations executive.

In fact, as a metropolitan newspaper (despite no city mentioned in its title), the Sun-Sentinel is at best an embarrassment, at worst a disgrace. Its few remaining journalists write lame, unexciting prose with scant insight beyond what their own five senses detect, and its national (let alone international) coverage is scraped from third-party sources such as Associated Press, reported days after events occur.

In Sunday’s edition, the 22-page news section carried just 18 stories (not including fillers like Today In History and the World News Round-up section), of which just five were composed by its own staff writers. So much for Ms. Koch’s tribute to “articles written by local reporters to keep us informed and educated.”

The paper fails on local issues as well. When one considers the mountains of squalor and corruption in Broward’s individual cities as well as in the county itself, a thousand and one opportunities for investigative journalism present themselves, yet the Sun Sentinel prefers to focus on street repairs, softball contests, and street festivals. Coverage of anything other than crime in the county’s minority neighborhoods is rare, sending a message consistent with the city’s embrace of Southern fried bigotry. The paper’s timid columnists offer utterly uninspiring prose, presenting the obvious and uncontroversial with barely perceptible traces of irony or humor, and rarely challenging readers’ imaginations or stirring their passions. It’s difficult for me believe this is other than by design.

So help me out, readers. Fill the Comments section with everything you approve of about the Sun-Sentinel. Prove me wrong.