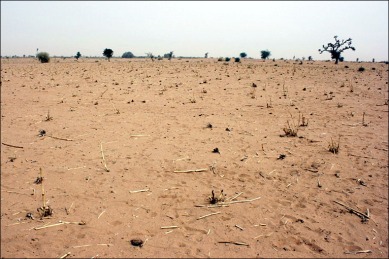 The Florida Department of Agriculture’s vision for the ideal homeowners’ lawn.

Right around 18 years ago, state-sanctioned thugs removed three citrus trees from my yard and trucked them away, leaving me paperwork I refused to sign. This, you may remember, was part of the state’s ill-conceived plan to if not eradicate citrus canker, at least prevent it from infecting commercial groves to the north.

It was bad science and worse policy accessorized with Florida’s unique incompetence. Workers (not bothering with hazmat suits or cleaning up afterwards) chain-sawed the trees, scattering (infected) debris through the air, then loaded them on open-back flatbed trucks which they drove to wherever they were disposing of them, further distributing whatever canker was on them over every street they covered.

If you wanted to spread citrus canker around, could you concoct a better system than this?

And by the way, the trees weren’t necessarily infected to begin with. The imbecilic theory was that any healthy tree within 1,900 feet of an infected one had to be removed, too. This strains credibility, of course, but if this was the pseudoscience to justify their arboreal assassination, why not cut a 1,900 foot margin around the commercial groves they want to protect, and leave everybody else’s trees alone? Why are we paying for the citrus industry’s problems?

It didn’t work, of course: with help from a few hurricanes, nature took its course, and canker spread throughout the state like gossip in a church of crones. But with the damage already done, attorneys eagerly filed class action suits that eventually produced judgments against the state, which led to appeals and more filings, then more appeals and stalling. Year after year the state refused to appropriate money to pay…. just your government doing its best to protect the wealthy and powerful and screw everybody else.

Then in May, 2017, the state Lege finally approved payouts, and last week I received a check for $318.24. After 18 years. Imagine my joy. Picture all the tangerines I can now afford.

The best joke is, they did such a poor job of removing one of my trees (the grapefruit) that it actually grew back from the root stock, which was a very durable sour orange. We had hundreds of them each season for a while, but they’re not much use for peeling-and-eating like grapefruit. Guido used them for sauces and marinades, and we gave them away by the dozen.  That tree eventually perished on its own. Last winter I replaced it with a young ruby red.

So soon, when anybody asks me why I despise government so much, I can spit a grapefruit seed in their eye.