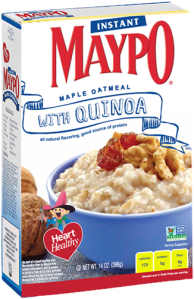 May Day, celebrated the first day of the fifth month, goes ‘way back. Wikipedia says so, which makes it true! Although a Google search includes the question, “Why us [sic] doesn’t celebrate May Day?” and goes on to explain that it’s only celebrated in communist countries. It’s a jungle out there.

My Wiccan spouse tells me that May Day is all about coupling. Known as Beltane – which sounds like a gasoline additive (“prevents engine knock!”) – it celebrates the “union of the Goddess and the Green Man, the coming together of male and female energies to create new life.” Which goddess and green man depend on the idiosyncrasy of the particular culture you choose.

But this year’s May Day is muted, given the deadly pandemic sweeping across the planet. No dancing around Maypoles during social distancing! This year’s May Day is more like “Mayday,” a universal cry for help, the emergency distress signal. It’s based on the French “m’aider,” or “help me.” Snarky references to the French as connoisseurs of begging for help when not actually surrendering are pure bigotry (and pretty damn funny).

You know about the dehydrated Frenchman, right? All he could do was pee air? That guy?

Anyway, insofar as this year’s joyous May Pole dancing ain’t happening, I offer the alternative of celebrating Maypo instead. Yes, I know, a sickly sweet and gummy oatmeal cereal just doesn’t convey the joys of the season quite the same, let alone coupling. Whatever else you want to say about oatmeal, nobody will confuse it with an aphrodisiac.

But in the time of plague, one celebrates with the commodities one has, not the ones we want. Little Marky Maypo is all grown up, now, susceptible to the same Boomer Remover Disease that stifled May Day 2020. If we can’t raise a glass, then we’ll raise a bowl. All together now — “I Want My Maypo!”

And look! It’s even available now with quinoa! That explains the Green Man’s pallor!