So the basic serviceable little “Go-Phone” to which I exile myself after clumsily losing my HTC SmartPhone in Key West Bight finally surrenders  its life, and nobody at AT&T, either  in person or over the tech-help phone line, has a cure.  “Follow these instructions step by step,” they tell you, with one of two outcomes:  (1) the step I try to follow can’t be done because the box I’m supposed to check or uncheck isn’t even there where it should ne, or (ii) I do everything exactly as directed and nothing happens. 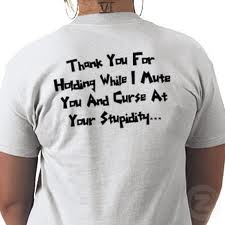 We’ve all been here, whether with our phones, computers, or marriage manuals.  Oh, you don’t have one of those?  Mine is called “Yes Dear.  Sometimes it works, and sometimes Guido hits me over the head with it.  Sometimes that works, too.

Anyway I go back to AT&T and easily resist entreaties from, well, everybody and once again spurn the iPhone.  Sorry, Apple, but the wounds you inflicted on my psyche from that piece of shit iTunes and poorly designed iPod, both of which I still endure, are still festering.  I hate your products’ operating system, and I hate the adulation you receive from nerds and techies even more.

That said, I admit as a company you’re world champions at avoiding corporate taxes, which for some reason makes you a hero to Congress.  This goes ‘way beyond my understanding.

1.  My new phone is a Samsung Galaxy 4, an Android.  It has no trouble accessing and establishing 4 of my G-Mail accounts.  But it fails to recognize my primary email account, which lives on my computer’s Outlook program.

2.  After searching on-line for a solution and getting the results noted above in Paragraph 1, I call AT&T.  The first person walks me through a few steps with no success, and transfers me over to AT&T U-Verse (don’t ask).  U-Verse works with me a little bit and says the trouble isn’t on their end; I need to talk directly to Samsung, and provides me with a phone number.

3.  The next day I call that number which turns out not to be Samsung, but AT&T’s customer service line — the one you call with billing and payment questions.  (Evidently the U-Verse techie isn’t good at following instructions, either.)  The agent is ready to find me the right number, but offers to try to resolve the problem first.  Nothing to lose but time on my end, so we go ahead.

4.  In 5 minutes I have my email synched, loaded, and accessible.  I ask her how she figured it out so fast when two actual tech nerds couldn’t.  “I just Googled it,” she said.  “There was a different set of inbound and outbound settings than the ones you said you tried.  And these are apparently the ones that work for your bellsouth legacy account.”

It’s like the old joke about the guy with the bad back who asks his doctor for help.  Doctor tells him to take hot baths.  A week of this and it’s worse.  He’s in his office late one night moaning in pain and the cleaning lady asks him what the problem is.  He tells her and she says, “No, take COLD baths.  What the hell — so he tries it and in 3 days he’s fine.  Enraged at his physician’s  incompetence, he calls and asks how come his cleaning lady knows more than his doctor.  Doctor says, “Hey — MY cleaning lady said HOT baths, okay?”

Anyway, so far the phone is a joy to use, and I won’t be near Key West Bight until July.

3 Responses to Ask the Expertz