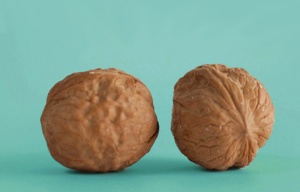 Following yet another pis-poor performance for a team that overpaid for his services, Phillies’ closer Jonathan Papelbon strode off the field, grabbing his shrunken nuts, and contemptuously gesturing at derisive fans. Hilarious video here.

He was immediately ejected.

He dashed back out to the field to argue, after which umpire Joe West roughly shoved him aside.

A day later, the league suspended him for 7 days, and the Phillies issued a statement both condemning his behavior and apologizing to fans.

Now, class, compare and contrast this action and official reaction to the NFL’s initial handling of Ray Rice, caught on video slugging his then-fiancée (now wife) in the jaw, knocking her cold, then dragging her limp ass like a sack of laundry mostly out of an elevator, not even covering up her exposed legs. Two game suspension, I believe. Tut tut.

Which proves again that in the world of professional sports, a man abusing his own balls is a far greater sin than punching his own woman.

As for Papelbon, while he finally apologized, he told sports media that the suspension was if anything a welcome respite from the “shit-headed fans and pathetic team of losers” that make Philadelphia the “worst sports town this side of Caligula” (he probably meant “Calcutta,” but nobody can be sure with a dipshit like himself), and that as far as he’s concerned, “they shoulda made it 4 weeks so I could just pack up, go home, and kiss this fucking season, team, and city good-bye and good riddance.”

Last year, Papelbum blamed his poor performance on nagging fears that “Obama wants to take our guns away from us.”

Mired for months in last place in the National League East, “Crotchgate” is certain to make the Phillies’ 2014 highlights film.